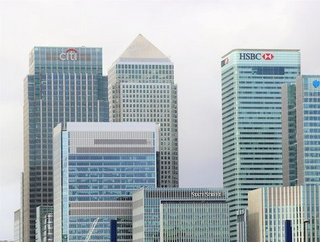 71% of consumers are less likely to trust a fintech service that has been impacted by onboarding fraud, according to a new report from PI by Paytm.

Pi, a fraud risk management (FRM) platform founded by Paytm Labs designed to address high-volume applications for fintechs using machine learning (ML), has published a new report on the impact of fraud on consumer confidence. The report, titled “Fraud vs. Friction: How the need for speed is creating a user onboarding crisis”, reveals that 71% of consumers are less likely to trust a fintech service that has been impacted by onboarding fraud.

Referring to onboarding fraud as a growing epidemic, the report highlights the increase in promotional abuse or “promo fraud”, in which threat actors – often at scale – defraud businesses by abusing promotional campaigns such as sign-up bonuses, referral rewards or loyalty discounts.

One of the report’s key findings was that nearly half (47%) of all respondents considered a fintech that allowed promo fraud to go unchecked to be lax about security. Nevertheless, promotional campaigns remain an effective growth strategy, with more than two-thirds (66%) of respondents saying they would choose a fintech platform that offered a promotional code over one that didn’t. This highlights an emerging concern within the industry, where risk managers are finding it increasingly difficult to balance growth objectives with security.

Echoing the report’s findings, research from the Royal Society for Arts, Manufacturers and Commerce (RSA), found that 48% of fraud cases stem from accounts that are less than one day old, underlining the extent of the risk now associated with incentivized growth strategies. Fraud risk also poses a threat to a company’s existing customer base. Pi’s report revealed that 32% of existing customers are “very likely” to stop using a fintech service and close their accounts following any incident of fraud.

Additional checks are mentioned as one potential solution to onboarding fraud, however, the report also found that frictionless onboarding was still a top priority for consumers. More than 70% said they would abandon the sign-up process if asked to go through more than three identity checks, despite their concerns around fraud.

The report goes on to cite PayPal as a key example of the damage promo fraud can do. In the first half of 2022, the payments giant was a major victim of account opening and onboarding fraud. More than 4.5 million fake accounts were opened following the company’s incentivized customer acquisition strategy, leading to PayPal’s stock value slumping by 25%, the largest single-day drop on record.

While the “onboarding crisis” affects the industry at large, it is likely to be felt more acutely by growth-stage fintechs. Despite projections that the fintech market will grow to a value of $937 billion by 2030, global fintech funding from investors continues to fall, with a 33% quarter-over-quarter drop in funding recorded in Q2 2022. Each incident of onboarding fraud is a cost that fintechs themselves must bear, making fraud risk a critical consideration for potential investors.

Harinder Takhar, CEO, Paytm Labs says: “Fintechs are exposed to more risk than ever before, but slowing down isn’t an option.

“Adding more friction into the onboarding process in the form of additional checks could be disastrous for companies at a time when they should be pursuing growth and improving the overall customer experience. What’s needed is the ability to handle real-time risk assessments at the same breakneck speeds that the typical modern fintech demands. Ideally, no fintech should have to compromise on its growth objectives in the interests of security – and vice versa.”

The full report, which provides an in-depth look at how onboarding fraud is proliferating throughout the fintech space and the measures fintechs can take to deal with it, can be accessed here: https://pi.paytm.com/2022-fraud-vs-friction-report/.