99% are unhappy with their tokenization investments 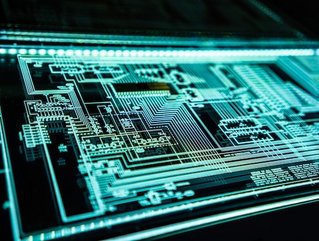 Titaniam, Inc., data protection and ransomware immunity platform, has announced new research, revealing that 40% of companies spend over $1,000,000 on tokenization every year. However, 70% of respondents saw external adversaries steal sensitive data in the last 12 months.

Of the 70% who experienced data theft over the last year, nearly all security professionals (98.6%) said they believed that this could have been prevented with a more modern data security solution.

“However it has also been one of the most invasive, inconvenient, slow, and expensive security controls in the enterprise. At the end of the day, with all its limitations both on data usability as well as on performance, most enterprises use it sparingly. Our study found that cybersecurity experts are looking for a modern improved solution that provides the strength of tokenization while removing the friction that has accompanied it in the past.”

The research showed that the top types of sensitive data companies house include: 1) employee data, 2) customer data, and 3) payment card data – all of which could have dire consequences if stolen.

Interestingly, with so much being spent on tokenization to protect this confidential information, cybersecurity experts recognise its limitations. Nearly half (47%) indicated that they can't tokenize all of their data due to a lack of insight, followed by lack of performance (44%) and lack of context (41%). Further complicating the process, a vast majority of respondents (76%) find tokenization solutions to be cost-prohibitive.

The survey revealed that tokenization threatens budgets, bottom lines, and productivity. The majority of respondents (85%) detokenize their data to use it. This makes obvious sense since, traditionally, tokenized data is not usable in its secure form. Nearly a third (32.7%) detokenize and release data into a data repository or analytics platform, 31.7% release detokenized data to authorized users and applications, and 20.2% detokenize in memory to facilitate data usage. It should be noted that once data is detokenized, it is no longer secure. This explains why companies that invest millions in tokenization still suffer from data breaches and sensitive data compromises.

The need for change is apparent as less than 1% of all respondents are happy with their current tokenization solution.

Experts are looking for updated solutions to include a variety of advanced features previously unavailable with traditional tokenization technology. The features at the top of the list include:

“It is clear that cybersecurity professionals are ready to move beyond traditional tokenization for a data security platform that provides strong security without restricting the business from using the underlying data to drive value. Enterprise data usage is accelerating at a rapid rate and it is time for data security solutions to keep up,” Raman stated.