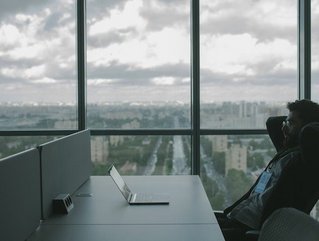 Identity sprawl is the rapid growth of enterprise identity silos, and the explosion of user information, attributes, and credentials that accompanies it. This acceleration results in greater security and compliance risks, as identity information spreads across a complex web of legacy, hybrid, and multi-cloud systems. The lack of visibility and control across all these systems creates the opportunity for identity-driven cyber-attacks—offering more opportunities for misuse or negligence by individuals (employees, former employees, contractors, partners) and opening the door for cybercriminals to take advantage and move laterally throughout an organisation.

The report found that an alarming 67% of respondents know they have identity sprawl, but don’t know how to fully address it. And although 58% rated identity management of vital importance, 61% stated that their business views identity management as too time-intensive and costly to manage effectively on an ongoing basis. Respondents reported the most common negative impacts as increased technical debt (66%) and negative productivity and morale (64%) among employees.

Wade Ellery, Field Chief Technology Officer at Radiant Logic says: “Managing identities is a growing concern for companies and as the number of identities continue to grow, identity has become more of a roadblock than a business enabler.

“However, companies are making progress with over 70% of organisations reporting that they have a designated team to specifically manage identities. Together with executive support and having access to and visibility into the ‘right’ data, identity can move from a hindrance to an asset for global organisations.”

Disparate identities are causing an increase in identity-related breaches as IT leaders struggle to address sprawl.

IT leaders face continued employee frustration and productivity challenges, yet they must contend with on-going budget constraints.