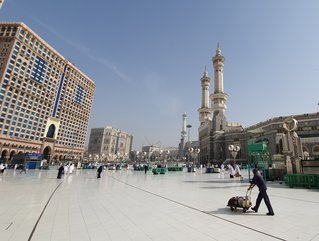 Jarir, one of Saudi Arabia’s largest ecommerce and online shopping services has partnered with content security company Verimatrix to safeguard valuable IP within its services for Android users.

With millions using its shopping app, Jarir needed to protect against threats including reverse engineering and repackaging. The company also had a growing need to monitor and detect threats among its install base, allowing it to identify threat patterns and prevent potential attacks.

Jarir Marketing Company (also popularly known as “Jarir Bookstore” or “Jarir”) was established in Riyadh in 1974 as a small bookshop. In the 80s, Jarir opened a second branch in Riyadh followed by one in the 90s. Jarir is now considered the market leader in the Middle East for consumer IT products, Electronics, Office supplies and Books. In 2002, Jarir became a Joint Stock Company and was listed in the Saudi Capital Market (Tadawul) in 2003.

Juha Högmander, vice president, cybersecurity business at Verimatrix says: "When a business is rooted in the use of an app, it’s vital to maximise its cybersecurity while still maintaining a good user experience.

“We are pleased to work with market-leading companies such as Jarir to provide unmatched threat defenses.”

Nasser Abdul-Aziz, Chief Operations Officer at Jarir Bookstore adds: “Following a robust evaluation, we selected Verimatrix due to its comprehensive approach to IP protection and its unique threat monitoring capabilities.

“It’s important to us to work with cybersecurity experts such as Verimatrix who offer our needed mix of proactive protections, ease of use, and first-class service.”