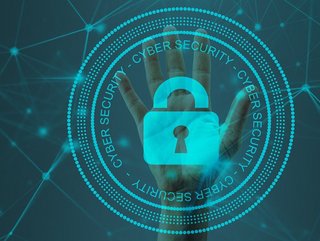 The Open Bug Bounty project, which enables website owners to receive advice and support from security researchers around the globe, celebrates milestone.

The Open Bug Bounty project enables website owners to receive advice and support from security researchers around the globe in a transparent, fair and coordinated manner to make web applications better and safer for everyone’s benefit.

Started by a group of independent security experts in June 2014, Open Bug Bounty is a non-profit platform designed to connect security researchers and website owners in a transparent, respectful and mutually valuable manner. Its purpose is to make the Web a safer place for everyone’s benefit.

“Organisations should, however, be prudent when setting up a bug bounty programme and ensure that external testing does not violate data protection legislation. For example, if you authorize external security researchers to test your production system, the former may access sensitive personal data or financial information. How, when and if this data will be eventually removed from researchers’ systems often remains unclear, let alone a situation when a researcher’s device is compromised by cybercriminals and the information is stolen by the bad guys."

About the Open Bug Bounty – how it works

Open Bug Bounty’s coordinated vulnerability disclosure platform allows any security researcher reporting a vulnerability on any website as long as the vulnerability is discovered without any intrusive testing techniques and is submitted following responsible disclosure guidelines.

The role of Open Bug Bounty is limited to independent verification of the submitted vulnerabilities and proper notification of website owners by all available means. Once notified, the website owner and the researcher are in direct contact to remediate the vulnerability and coordinate its disclosure. At this and at any later stages, we never act as an intermediary between website owners and security researchers.

When reporting GDPR PII exposure, it does not store the PII but the blurred screenshot after verifying the vulnerability.

Open Bug Bounty prohibits reporting of vulnerabilities that were detected by vulnerability scanners and other automated tools that may impact website performance or cause any other negative impact.

Once a vulnerability is reported and confirmed, Open Bug Bounty immediately sends a security alert to the website owner following ISO 29147 guidelines, as well as to specific security contacts provided by the researcher.