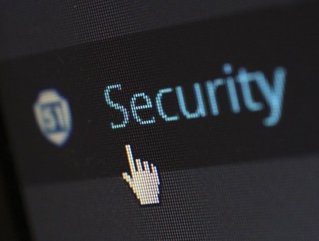 Global cybersecurity company Trend Micro, has warned that a growing number of incomplete or faulty patches could be costing organisations upwards of $400,000 per update.

Speaking at Black Hat USA 2022, representatives from Trend Micro's Zero Day Initiative (ZDI) revealed policy changes designed to address a significant decline in both the quality of patches and vendor communication with customers.

ZDI, the world's largest vendor-agnostic bug bounty program responsible for nearly 64% of all vulnerabilities disclosed in 2021, revealed policy changes to address declines in both the quality of patches and vendor communication with customers.

Brian Gorenc, senior director of vulnerability research and head of the ZDI, shared his perspective: "The ZDI has disclosed over 10,000 vulnerabilities to vendors since 2005, but we've never been more concerned about the state of security patches across the industry. Vendors that release inadequate patches with confusing advisories are costing their customers significant time and money and adding unnecessary business risk," he said.

These scenarios effectively multiply the cost of patching because additional, corrective updates will be required to remediate a single vulnerability – wasting business resources and adding risk.

In addition, a growing reluctance among vendors to deliver authoritative information on patches in plain language leaves network defenders unable to accurately gauge their risk exposure.

The ZDI is therefore changing its disclosure policy for ineffective patches in a bid to drive industry-wide improvements. Moving forward, the standard 120-day timeline will be reduced for bugs believed to be the result of a bypassed security patch, as follows:

Even when patches are properly engineered, they can unintentionally increase risk by alerting threat actors to the underlying vulnerability. Few organizations' time-to-patch is quicker than the time-to-exploit. When patches are incomplete or faulty, the risk of compromise is multiplied.

Although patch costs differ between enterprises, Trend Micro calculated the cost of faulty patches with the following formula: Total costs = f (T, HR, S, PF) where T is Time spent on patch management, HR is Human Resources costs needed for patch management specialists, S is scope defining the number of applications to be patched, and PF is patch frequency, which can be every 2-3 week for some applications.

It is not uncommon for patch costs within medium-to-large enterprises to exceed six figures every month. Regardless of the formula used to calculate patch expenditures, applying multiple updates for the same vulnerability costs enterprises real time and money while exposing them to unneeded risk.

To better understand and mitigate these risks, Trend Micro recommends that organisations: