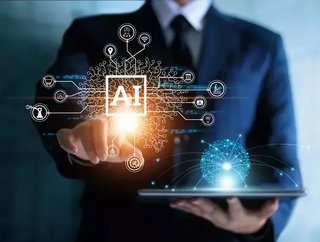 Technology organisations with artificial intelligence technology plans are planning to increase investment into the technology according to Gartner.

A significant number of technology and service provider organisations with artificial intelligence technology plans are planning to increase investment into the technology, according to a recent survey from Gartner.

The 2021 Gartner Second Annual Emerging Technology Product Leaders Survey was conducted online from April through June 2021 among 268 respondents from China, Hong Kong, Israel, Japan, Singapore, the UK and the US.

As per the report, one-third of such organisations said that they would invest $1 million or more into these technologies in the next two years. Furthermore, 87 per cent of survey respondents with AI technologies as a major investment area believe that industry wide funding for AI will increase at a moderate to fast pace through 2022.

“Technology organisations are increasing investments in AI as they recognise its potential to not only assess critical data and improve business efficiency, but also to create new products and services, expand their customer base and generate new revenue. These are serious investments that will help to dispel AI hype," said Rasit.

AI technologies reported the second highest mean funding allocation as compared to other emerging technology areas such as cloud and IoT. Respondents whose organisations invested in AI reported their highest planned investment in AI computer vision, at an average of $679,000 over two years.

“Very few respondents reported funding amounts of less than $250,000 for AI technologies, indicating that AI development is cost-intensive compared to other technology innovations. This is not an easy segment to enter due to the complexity of building and training AI models,” said Rasit.

The survey further highlighted the challenges that organisations face as a barrier to AI adoption.

This includes the relative immaturity of AI technologies compared to the other innovation areas which was cited as a top reason among AI-investing organisations leading to failure when integrating an emerging technology.

Apart from this, product complexity and a lack of skills were the main hindrances for product leaders investing in AI who reported slower than expected implementation.

“These survey responses reflect the difficult cycle of developing AI technology, given its complexity, as well as industry wide challenges in hiring AI talent due to the finite number of skilled individuals,” concluded Rasit.