50% of hospitals have been victims of a cyber attack 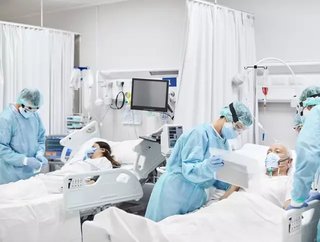 Over the last six months 50% of hospitals have experienced a serious cyber attack that has led to an IT shutdown or a serious challenge to security.

CyberMDX, a cyber security provider dedicated to protecting IoT and medical devices for health delivery worldwide, has released its Perspectives in Healthcare Security Report. The report, in collaboration with Philips, examines attitudes, concerns, and impacts on medical device security as well as cyber security across large and midsize healthcare delivery organisations.

The study, conducted by global market research leader Ipsos, surveyed 130 hospital executives in Information Technology (IT) and Information Security (IS) roles, as well as BioMed technicians and engineers. The respondents, who averaged 15 years of experience in their fields, provided insight into the current state of medical device security within hospitals as well as highlighting the challenges their organisations face.

Healthcare is one of the most targeted industries when it comes to cyber attacks. A recent report from the HHS Cyber Security Programme in the US cited a total of 82 ransomware incidents so far this year worldwide with 60 per cent of them impacting the United States health sector. Recent headlines from notorious gangs such as REvil or Conti contribute to the impact where hospitals now account for 30 per cent of all large data breaches and at an estimated cost of $21 billion in 2020 alone.

"With new threat vectors emerging every day, healthcare organisations are facing an unprecedented level of challenges to their security," said Azi Cohen, CEO of CyberMDX. "Hospitals have a lot at stake from revenue loss, to reputational damage and most importantly patient safety. Our new report provides a critical look into the current state of medical device security and will help raise awareness of key issues and disconnects healthcare organizations are facing with their cybersecurity."

Key Findings from the survey include:

"No matter the size, hospitals need to know about their security vulnerabilities," said Maarten Bodlaender, Head of Cyber Security Services at Philips. "Proper cybersecurity begins with a clear understanding of the evolving landscape, and this survey is part of our ongoing efforts to provide insight into cybersecurity needs across healthcare organisations."

The report is a continuation of the partnership between Philips and CyberMDX announced in November 2020 and represents their joint commitment to provide solutions to protect connected medical systems and devices.