60% of dating app users worry about being scammed 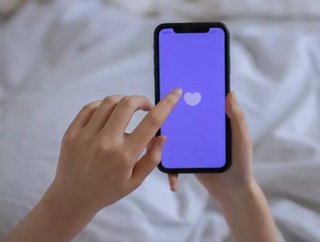 Research from cybersecurity firm Kaspersky has revealed that 60% of adults in the UK admit to harbouring fears of being scammed when using dating apps.

Research from cybersecurity firm Kaspersky has found  that 14% of people have deleted a dating app because they were scammed or catfished – despite some apps implementing systems to stop these practices. A further 60% of dating app users have said they are worried about being scammed.

However, while daters seem concerned about scams, their app behaviour doesn’t seem to correlate: more than eight in 10 dating app users (83%) admit their real age is public, 77% say their photos are publicly viewable, whilst 59% list their real name, 54% their real location and 22% show their real job. However, 15% said the thing they hate most about dating apps is the fact they must give away personal information in order to use them.

Kaspersky also found that nearly a fifth of UK adults (19%) are concerned that the information they share publicly on their dating profile will be circulated online. Indeed, 10% of daters say that someone they matched with shared screenshots of their conversation online, and seven percent say that matches shared their intimate photos online too. This marries up with the fact that doxing, the practice of revealing private information without a person’s consent for malicious purposes, is growing in prominence: one in six dating app users have been a victim of doxing.

Kaspersky also found that 79% of those surveyed have used dating apps to promote their social media accounts. The issue with this practice, it says, is the vast, increased amount of information available to scammers that can be found on people’s social profiles. While users may limit the amount of data they share on their dating app profiles itself, if their social media accounts aren’t secure, or they divulge large amounts of personal data, then they can still fall foul of being scammed.

David Emm, Principal Security Researcher at Kaspersky, says: “The main driver for many on dating apps is to build new connections and possibly find a partner. However, there is a subset of people who see this optimism as an opportunity for exploitation. We urge daters to exercise caution when sharing private data, on their profiles and during private conversations. Being a victim of doxing or catfishing can be very traumatic. Dating app developers have a duty to safeguard their users, but we also urge daters themselves to exercise caution and follow some simple guidelines to protect themselves in their search for love.”

Kaspersky says there are a few simple steps that everyone can take to stay safe as possible on dating apps:

-       Choose your photographs with care – When selecting your profile pictures, remember that these can easily be captured in a screenshot and shared out of context – a common practice within doxing. If you have any concerns about your photographs, use images that would not cause issues if they went further.

-       Verify who you are talking to – Before meeting your match or sharing private information, verify they are who they say they via a video call.

-       Limit your information – Different dating apps require varied baselines of information to complete a profile. Share as little as possible about key details such as your full name, location, job and employer, as these are key data points that can be lucrative for scammers.

-       Don’t link other social networks – While you may be considerate of the data you put on your dating profile, this is all undone if you link another social media account where you share regularly. A scammer can unlock a host of further information about you from your other social feeds, so it’s best to only share these once trust is firmly established.