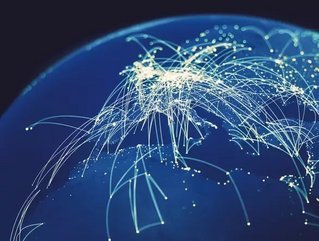 BT will be the largest investor in a funding round in Safe Security, which specialises in cyber risk management, according to reports.

BT has taken a multi-million-pound stake in a US cyber firm as the telecoms giant looks to ramp up its presence in the cybersecurity sector. The FTSE 100 company will be the largest investor in a funding round in Safe Security, which specialises in cyber risk management, according to reports in City AM.

Headquartered in Silicon Valley, the company’s platform allows organisations to analyse their existing cybersecurity measures and determine the likelihood of suffering a major attack.

BT said the investment, which is its first major third-party investment in cybersecurity since 2006, reflected its plans to grow rapidly in the sector.

“Cyber security is now at the top of the agenda for businesses and governments, who need to be able to trust that they’re protected against increasing levels of attack,” said Chief Executive Philip Jansen.

“Adding Safe to BT’s proactive, predictive security services will give customers an enhanced view of their threat level, and rapidly pinpoint specific actions needed to strengthen their defences. Already one of the world’s leading providers in a highly fragmented security market, this investment is a clear sign of BT’s ambition to grow further.”

As part of the deal, BT will be granted exclusive rights to use and sell Safe’s technology to businesses and public sector bodies in the UK, and will incorporate the platform within its wider global portfolio.

The company will also work with Safe Security to develop future products.

Saket Modi, Co-Founder and Chief Executive of Safe Security, said: “By aligning BT’s global reach and capabilities with Safe’s ability to provide real-time visibility on cyber risk posture, we are going to fundamentally change how cyber security is measured and managed across the globe.”