CWSI to invest over €1.2m in apprenticeship and expansion 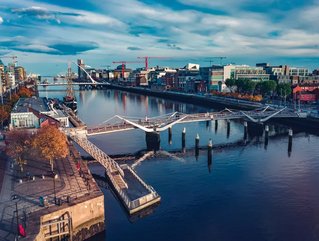 Dublin-headquartered CWSI will invest more than €1.2m in its expansion and plans to start an apprenticeship programme in the UK in 2022.

Irish mobile and cloud security company CWSI plans to create 25 new jobs in Ireland and the UK. The roles will be created within its service delivery and technical consulting teams. They will include security consultants, delivery and service desk engineers, project and service assurance managers.

According to a report by Silicon Republic, the Dublin-headquartered company is also due to launch a new apprenticeship programme in 2022 in the UK to encourage young people into careers in IT and security. Some of the company’s new hires will be apprentices, who will receive on-the-job training in addition to classroom tutorials.

Ronan Murphy, CEO of CWSI says: "On the back of a successful year for CWSI, we are delighted to announce these new positions and significant investment into our people, platforms and partnerships, which underscores our commitment to providing best-in-class services to our customers.

Commenting on the apprenticeship programme, Murphy added that the company has seen “how the IT skills gap has negatively impacted the industry”, and now plans to play its part in “encouraging young people to build a career in IT and security in particular”.

CWSI will invest more than €1.2m to support its planned growth. It comes after the company acquired UK cyber and cloud security business AVR International earlier this year in a deal costing €5.2m.

The acquisition saw AVR’s 12 staff become part of CWSI, which brought the combined company headcount to more than 50. On the back of its first acquisition, CWSI is now actively pursuing other deals across Europe.

The company has also partnered with Californian cybersecurity platform SentinelOne. Its new partnership aims to meet customer demand for its endpoint detection and response services.

CWSI has achieved Android Enterprise Service Provider accreditation, which means it is on a shortlist of devices and service providers that meet Google’s strict enterprise requirements. It is also one of a select few organisations in the UK to have joined the Microsoft Intelligent Security Association, a group of independent software vendors and managed security service providers that have integrated with Microsoft security products.

According to Murphy, CWSI is “optimally positioned for sustained growth”.

“Our longer-term vision is to become a pan-European leader in modern security through a combination of organic growth and M&A activity,” he said.