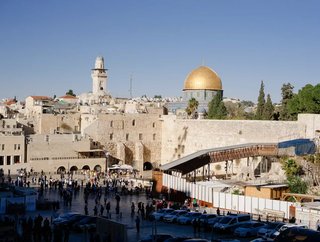 Israel's Prime Minister Naftali Bennett say he views cyberattacks as one of the greatest threats to Israel’s national security and the world.

According to a report in The Jerusalem Post Bennet said: "Israel is opening up and announcing a Global Cybernet Shield.

Israel already has dozens of memoranda of understanding with other countries on cybersecurity, the prime minister said, but the Global Cybernet Shield is meant to “bring it to the next level of online, real-time network defence.”

The shield is still in development, and is meant to be an international version of Israel’s “Cybernet” online-defence system.

Bennett, the former CEO of a cybersecurity company, gave a TED-style speech at Cyber Week titled “Israel’s Cyber Defense –What’s Coming Next.” He walked across an empty stage with a visual presentation behind him, featuring slides that showed the components of Israel’s cyber defence network, and a map of the world with arrows emanating from Iran to show who it has threatened with cyberattacks.

“Everything is under attack: our water, electricity, food, airplanes, cars. Everything is vulnerable,” Bennett warned.

The prime minister pointed out that cyberattacks are much easier than traditional ones.

“If you’re a bad country trying to harm or attack someone else, in the past you needed to send an airplane with commandos or a bomber, but today, the best ROI is a cyberattack. You just need brains, knowledge, experience and a good Internet line. That’s as easy as it gets,” Bennett said.

“Today, the biggest bang for your buck in trying to attack another country, industry or anyone is a cyberattack, and that’s why it’s going to happen more and more,” he said.

Bennett said he views cyberattacks as one of the greatest threats not only to Israel’s national security, but to that of the world.

The Global Cybernet Shield would use the “principles of connectivity” Israel uses for cyber defence internally, but on an international level, he explained.

Bennett compared a cybersecurity threat to a pickpocket on a bus; if one person loudly declares what the pickpocket is doing, others will know how to defend themselves.

Private companies are able to contact the directorate when they are under attack, which shares information across Israel.

“If one of those countries out there are attacking one of our companies, we want everyone else to know,” Bennett said.

Aviram Atzaba, Israel National Cyber Directorate (INCD) Executive Director of Strategy and International Cooperation, explained that Israel developed its Cybernet system several years ago, in which over 1,500 organisations, including major Israeli companies, government ministries and more, share information about cyberattacks. Companies send warnings to the directorate, which anonymises the messages and sends them to all the network’s members.

“We can spread information without compromising the company that was attacked, and thus stop a pandemic in the cyber world,” Atzaba explained.

In the newest edition of Cybernet, the INCD also sends the organizations information on how to defend themselves by patching their own systems.

The system’s major advantage is its speed in warning organizations about attacks, Atzaba said.

The system has been very successful in Israel, he said, and foreign cybersecurity units have expressed interest in joining. Bennett himself suggested that the network be made international to allow like-minded states to cooperate in the cyber-defence effort.