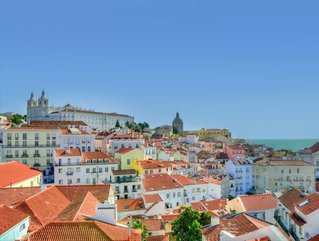 ESET's European Cybersecurity Index has revealed the European countries with the best and worst cybersecurity giving them a score out of 10.

Slovakian internet security company, ESET, has released the findings of its new report on Europe’s most cyber safe countries, with Portugal taking the crown. The research analysed European countries on a number of factors such as:

Portugal tops the list as the most cyber-safe region in Europe, boasting very low numbers of people who have fallen victim to malicious software, social media hacking, online banking fraud and identity theft. This, coupled with legislation in five categories (national strategy, content, privacy, critical infrastructure and commerce), earned Portugal its title as the best European country for cybersecurity.

Romania ranked as the worst country in Europe for cyber safety with a score of 3.27 out of 10; they also have the fewest pieces of cybercrime legislation in Europe, totalling just two legislation acts. Perhaps surprisingly, Romania was joined in the bottom three by Austria and France, who scored 3.80 and 4.36 respectively.

Jake Moore, Cybersecurity Specialist for ESET, commented on the findings: “No single measure – whether it’s the amount of legislation or the number of banking fraud victims – can tell the whole story when it comes to cybersecurity. Protecting citizens online is incredibly complicated, and there’s no one right way to do it. In practice, cyber safety can mean different things for different people, so this is not a case of ‘one size fits all’. Nonetheless, it’s important for nations to be aware of the actions taken across Europe and learn from one another wherever possible. A truly holistic approach to cybersecurity requires a breadth of knowledge about potential approaches, including how and when they work best.

"While it’s disappointing to see the UK ranking so far down The European Cybersecurity Index, it is encouraging that the nation has scored so highly for commitment to cybersecurity. With every new initiative, we become a step closer to a safer internet for everyone. Ultimately, cybersecurity works best when we work together, whether that’s between individual people or entire countries. As the internet is international, no one country can be responsible for cyber safety. Recent events have shown us that co-operation and collaboration are more important than ever.”

Check out the research in full by clicking here.