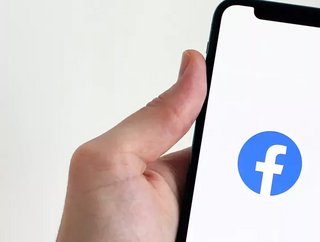 Facebook and Twitter have been accused of failing to tackle an online industry of fake product reviews, with new research uncovering such schemes

Facebook and Twitter have been accused of failing to tackle an online industry of fake product reviews, with new research uncovering schemes on the platforms with hundreds of thousands of members. An investigation by consumer group Which? found a large-scale community online where people were offered free goods in exchange for leaving five-star reviews for the products in question on sites such as Amazon.

Which? said that between June and November 2021 it found 18 Facebook groups with more than 200,000 members collectively which were taking part in this fraudulent activity. A separate investigation on Twitter in October 2021 found 30 “review agents” who sent more than 50,000 product listings to Which? researchers, where people would be refunded for their item purchase if they left a five-star review, with agents earning a commission for each positive review gained.

It said the new research was particularly disappointing because Facebook had previously committed to tackling the problem, and called on the Competition and Markets Authority (CMA) to challenge the firm further on the issue and consider opening an investigation into Twitter’s approach.

The consumer group’s director of policy and advocacy, Rocio Concha, said the two platforms were “failing to adequately tackle fake review factories”, which was “making it easy for unscrupulous firms and fake review agents to evade weak checks”. “This risks seriously undermining consumer trust in online reviews,” she said.

“Facebook must prove that it is taking effective action having repeatedly made commitments to the regulator that it would crack down on fake review trading. The CMA should also consider investigating Twitter over this issue.

“The Government plans to tackle fake reviews as part of its consumer and competition reforms and should bring forward new laws to banish these exploitative practices as soon as possible," she added.

Are detection measures in place?

Which? also raised questions over the effectiveness of detection measures in place to stop such groups, noting that review agents often used easily decipherable messages – such as “Ne3d R3vi3w Full Fr33 product” – in an attempt to evade detection.

It was also noted that warning messages on Facebook that popped up to tell researchers a term they had searched for was associated with fraudulent activity could be easily dismissed to carry on the search.

In response to the investigation, a spokesperson for Facebook’s parent company Meta said: “Fraudulent and deceptive activity is not allowed on our platforms, including offering or trading fake reviews.

“We proactively removed many of the groups identified by Which? before they approached us, and we swiftly removed the additional groups that violated our policies.

“We’ve been working collaboratively with the CMA to tackle this across our platforms – and Which? research confirms that those measures have been effective. In the last year, we have removed more than 16,000 groups that were trading in fake and misleading reviews.

“While no enforcement is perfect, we continue to invest in new technologies and methods to protect our users from this kind of content.”

Twitter said it does not allow “spam or other types of platform manipulation” and it had suspended all the referenced accounts for violations of the Twitter rules.

On the fake review groups online, an Amazon spokesperson said that when such groups are detected, it reports them to the site in question to have them taken down.

“This industry of fake review brokers needs to stop now. Only when regulators, law enforcement, social media sites and retailers work together will these fraudsters be stopped,” the spokesperson said.

“We advise customers who doubt the credibility of a review on a product to click the ‘report abuse’ link available below each review. We will then investigate and take necessary measures.”

The CMA said “fake and misleading reviews affect shoppers’ ability to make informed choices” and that it had “raised Which?’s latest findings” with Facebook “to ensure it is honouring its commitments”.

From a legal perspective

Sundeep Soor , senior financial crime and regulatory law consultant at Reeds Solicitors says: “There are growing concerns around consumers being influenced by fake reviews or online ratings. The government are in the process of amending UK Consumer Law  in particular the Consumer Protection Regulations 2008. Certain business practices would be considered unfair such as  the commissioning, submission or incentivisation of fake reviews. The government consultation was open until 1 October 2021 and legislation changes are unlikely until later this year 2022.

"The government proposes giving the CMA the power to determine when a business has infringed the rules and to directly impose fines on companies up to 10% of their global turnover. It also intends to allow the CMA to impose civil sanctions for failing to respond to information requests or providing false and misleading information."

Michael Hanney, founder of ReviewSolicitors, a legal sector review site concludes: "It’s interesting that review site innovation is coming from smaller players in the reviews industry. The technology we’ve developed and the methods we’ve used to make sure that reviews are fair and legal, and that they give the provider a chance to redeem the position before it’s published, have made a huge difference to the service levels in the legal industry. Facebook and Twitter need to urgently address this issue in order to sustain their own reputations."