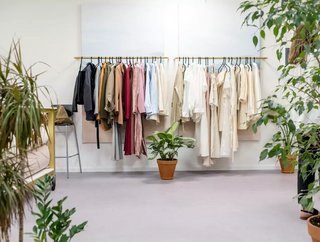 Fashion retailer Ted Baker says that it is working with cyber security company Darktrace to tackle the spear phishing threats it faces every week.

Ted Baker has partnered with AI cyber security company, Darktrace to identify and interrupt cyber threats before they escalate into full-blown compromises, including Darktrace Antigena, Darktrace’s Autonomous Response product, which is able to respond to ransomware within one second of suspicious behaviour emerging.

Leon Shepherd, Ted Baker's Chief Information Officer, says: “Within seconds of out-of-the-ordinary behaviour emerging, Darktrace AI forms an understanding of whether an attack is underway or not, and can interrupt that activity before our security teams are able to.

“With Autonomous Response, I know the AI is always ready to jump in on our behalf at machine speed, giving my team more time to focus on higher-value tasks.”

Powered by Self-Learning AI, Darktrace technology works by developing an understanding of what is normal behaviour for each user and device within an organisation, and neutralises malicious behaviour by enforcing this normal ‘pattern of life’. Crucially, this means that day-to-day business is not disrupted.

What is spear phishing?

Spear phishing is an email or electronic communications scam targeted towards a specific individual, organisation or business. Although often intended to steal data for malicious purposes, cybercriminals may also intend to install malware on a targeted user’s computer.

According to cyber security company Kaspersky, this is how it works. "An email arrives, apparently from a trustworthy source, but instead it leads the unknowing recipient to a bogus website full of malware. These emails often use clever tactics to get victims' attention. For example, the FBI has warned of spear phishing scams where the emails appeared to be from the National Center for Missing and Exploited Children.

"Many times, government-sponsored hackers and hacktivists are behind these attacks. Cybercriminals do the same with the intention to resell confidential data to governments and private companies. These cybercriminals employ individually designed approaches and social engineering techniques to effectively personalise messages and websites. As a result, even high-ranking targets within organisations, like top executives, can find themselves opening emails they thought were safe. That slip-up enables cybercriminals to steal the data they need in order to attack their networks."

Traditional security often doesn't stop these attacks because they are so cleverly customised. As a result, they're becoming more difficult to detect. One employee mistake can have serious consequences for businesses, governments and even non-profit organisations. With stolen data, fraudsters can reveal commercially sensitive information, manipulate stock prices or commit various acts of espionage. In addition, spear phishing attacks can deploy malware to hijack computers, organising them into enormous networks called botnets that can be used for denial of service attacks.