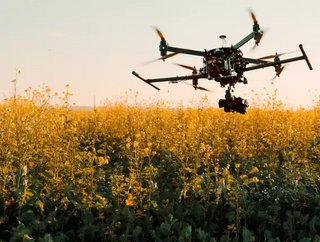 The Indian Institute of Technology in Kanpur has launched the first technology innovation hub to find cyber security solutions for anti-drone technology.

As many as 13 start-ups and 25 research and development principal investigators were selected after a rigorous application process. Prof Abhay Karandikar, IIT-K director said, “We are excited to launch the first set of start-ups cohort in cyber security. Over the next few years, C3iHub is committed to creating a vibrant ecosystem of cyber security start-ups fostering world class innovations”.

The start-ups, supported by C3iHub at IIT Kanpur, will innovate to disrupt the cyber security space, focusing on design and development of services and products to safeguard India’s critical infrastructure. A large number of these start-ups will also be working on anti-drone technology which will be deployed for protection of critical infrastructure along the border.

The news follows the recent drone attack on an IAF base in Jammu last month, prompting the union government to undertake a security audit of infrastructure along the border. In the past year, India's Border Security Force has sighted 61 drones along the Pakistan border.

A statement issued by IIT-K said: “The presence of cutting-edge technology in cyber security is accompanied by an increasing need to protect digital assets and deploy solutions for the common public as well as government and industry."

Prof. Ashutosh Sharma, Secretary, Department of Science and Technology, Government of India, said: “The Government is committed to bring India to a leadership position in cyber security. IIT Kanpur’s C3i hub will focus on safeguarding cyberspace including critical infrastructure.”