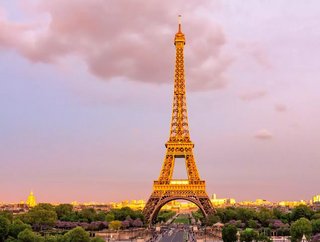 The French president reportedly spoke to Naftali Bennett to ensure ‘proper investigation’ after allegations he was targeted by spyware.

Emmanuel Macron has reportedly spoken to the Israeli prime minister, Naftali Bennett, to ensure that the Israeli government is “properly investigating” allegations that the French president could have been targeted with Israeli-made spyware by Morocco’s security services.

According to the Guardian, in a phone call, Macron expressed concern that his phone and those of most of his cabinet could have been infected with Pegasus, hacking software developed by the Israeli surveillance firm NSO Group, which enables operators of the tool to extract messages, photos and emails, record calls and secretly activate microphones from infected devices.

The leaked database at the heart of the Pegasus project includes Macron’s mobile phone number. NSO has said Macron was not a “target” of any of its customers, meaning the company denies he was selected for surveillance using Pegasus. The company says that the fact that a number appeared on the list was in no way indicative of whether that number was selected for surveillance using Pegasus.

The Pegasus project could not examine the mobile phones of the leaders and diplomats, and could therefore not confirm whether there had been any attempt to install malware on their phones.

The allegations about use of the software, known as Pegasus, were carried by the Washington Post, the Guardian, Le Monde and 14 other media organisations around the world, according to the BBC.

At the time, it was not clear where the list came from or whose phones had actually been hacked and NSO denied any wrongdoing. It said the software is intended for use against criminals and terrorists and is made available only to military, law enforcement and intelligence agencies from countries with good human rights records.

In a statement, it said the original investigation which led to the reports, by Paris-based NGO Forbidden Stories and the human rights group Amnesty International, was "full of wrong assumptions and uncorroborated theories".

Forensic tests on a few phones with numbers on the list indicated more than half had traces of the spyware.