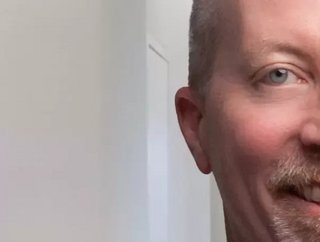 "Malcolm is a welcomed addition to the Epiphany Systems executive team leading the braintrust on what CISOs want out of a cybersecurity platform," said Dan Singer, CEO of Epiphany Systems. "With Malcolm's wealth of experience and knowledge into the challenges that CISO's and cybersecurity teams face daily, Epiphany is set to disrupt the cybersecurity market with the industry's first offensive, context-aware platform."

Best known for his roles as the chief security and trust officer at Cylance, and vice president and chief security and privacy officer at Intel Corporation, Harkins has spent his career managing risk, critical controls, privacy, cybersecurity, and other compliance initiatives to better protect organisations from targeted attacks.

"Accepting risk and acceptable risk are two different things. For too long, we have been accepting unacceptable risk, not because we want to, but because we have been unable to understand the daisy chain of exploitability due to the complexity of our connected systems and environments," said Malcolm Harkins, CSO of Epiphany Systems. "I am thrilled to be able to join Epiphany Systems to help transform the legacy industry approach of vulnerability management to exploitability management."

Harkins has been recognised by numerous cybersecurity organisations, including being named one of the Premier Information Technology Leaders by Computerworld. He's also been recognised by the RSA Conference with the 'Excellence in the Field of Security' award. Harkins is a Fellow with the Institute for Critical Infrastructure Technology, a non-partisan think-tank providing advice on cybersecurity to the House, Senate, and a variety of federal agencies. As an avid contributor to the cybersecurity community, Harkins has authored numerous white papers and has published a book, Managing Risk and Information Security: Protect to Enable®.