McAfee and FireEye have officially completed the merger 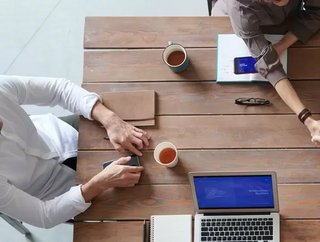 McAfee Enterprise and FireEye have completed their merger, closing the $1.2 billion, all cash transaction that merges the two cybersecurity giants, according to ZDNet.

FireEye announced the sale of its FireEye Products business to a consortium led by Symphony Technology Group (STG) in July, separating the company's network, email, endpoint and cloud security products from Mandiant's software and services. In March, McAfee sold its enterprise security business to STG in a deal worth $4 billion, paving the way for the two to be merged. The two companies now boast a combined customer base of 40,000, about 5,000 employees and almost $2 billion in revenue.

Bryan Palma, CEO of the new combined company, said the McAfee Enterprise and FireEye teams will be able to develop an integrated security platform powered by artificial intelligence and automation.

In an interview, Palma told ZDNet that the sophistication of threats and the deficit of cybersecurity talent means companies will need to rely more on automation, artificial intelligence and machine learning. "There's just no way that people can keep up, and we're seeing that. We've got nation-states now involved in making attacks and that's very concerning because they obviously have very strong capabilities. But what we're seeing is some of the techniques that were traditionally used by nation-states are now being used by criminal groups and hackers," Palma said.

"We also see these supply chain attacks, which we were obviously directly involved in at FireEye with everything that happened with SolarWinds. There are so many zero-days still out there and that's still an entry point for many hackers. There's ransomware and still good old-fashioned phishing. There's a combination of really new, sophisticated threats that I think have raised the bar and then the traditional ways that hackers come after organisations."

Palma joined FireEye in February 2021, at the height of outrage and scrutiny over the SolarWinds scandal that is still being unraveled by the US government.

Palma added that there isn't much overlap between the two companies, allowing each side to bring different things to the table. He said the merger will allow both companies to provide more robust endpoint services, cloud protection and security operations.

For the future, Palma said the new company is focusing on leading the way with XDR and statistical models to help address the sophistication of adversaries.

When asked what the new company will be named, Palma explained that the companies will finish the fiscal year under the Mcafee Enterprise and FireEye names before deciding on what the new merged name will be.

He said the company doesn't own the McAfee Enterprise name beyond the end of 2021, so they will have to come up with something new for 2022.