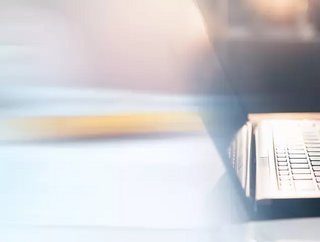 The National Crime Agency (NCA) and Schools Broadband, part of the Talk Straight Group, have launched a new initiative aimed at educating students who search for terms associated with cyber crime on school computers.

Data from the National Crime Agency’s National Cyber Crime Unit (NCCU) shows there was a 107% increase in reports from the police cyber prevent network of students as young as nine deploying DDoS (distributed denial of service) attacks from 2019 to 2020.

According to the NCA, many referrals into the NCCU’s Prevent team are for children of secondary school age, with the median age at 15 and the youngest at nine.

David Tindall, CEO of Talk Straight, said: “By working in partnership with the National Crime Agency, we are helping to make the online world a more secure place. We’re building not just safety into our web filtering, but education too, helping combat potential criminal activity proactively instead of tackling it afterwards.

“If we can educate children and inform them that these activities are dangerous and can result in criminal prosecution, we can potentially prevent a future cyber criminal.”

Educating the younger generation on cybercrime

Students who search a term associated with cybercrime will not reach an access denied page, but instead will see a warning message and suggested redirection to the Cyber Choices website, which aims to educate children of all ages about the Computer Misuse Act, cybercrime, and its consequences.

John Denley, Deputy Director of the NCA’s National Cyber Crime Unit, said: “Education is a key pillar in preventing crime and these messages highlight the risks and consequences of committing cyber offences, which can result in a criminal record.

“Law enforcement plays a critical role in tackling cybercrime and keeping the country safe. School outreach is important to educate a younger audience and this initiative will continue to help divert young people away from criminality.

Providing digital skills and the knowledge to make the correct decisions

The initiative, which has been in trial stages, has shown a significant reduction in stresser and booster searches over a period of four weeks. These can cause DDoS attacks, denying access to a network or website of an organisation, and can cause major disruption to schools and colleges.

It will now go live in excess of 2,000 primary and secondary schools ahead of a roll out to further schools and colleges across the country.

Damian Hinds, Security Minister, said: “Tackling cybercrime is at the heart of the Government’s new National Cyber Strategy. We need to equip this generation with the best digital skills and to assist them in making the right choices online.

“It’s great to see cooperation between law enforcement and the private sector in delivering important initiatives like this one to prevent students from getting involved in cybercrime.”