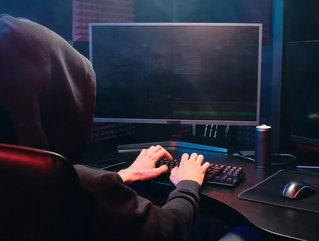 Cybersecurity and compliance company, Proofpoint has released findings from its seventh annual State of the Phish report, which explores enterprise phishing experiences and provides an in-depth look at user awareness, vulnerability, and resilience. More than 75 per cent of surveyed infosecurity professionals said their organisations faced broad-based phishing attacks, both successful and unsuccessful, in 2020, and ransomware infections impacted 66 per cent of third-party global survey respondents.

This year’s State of the Phish report examines global third-party survey responses from more than 600 information security professionals in the US, Australia, France, Germany, Japan, Spain, and the UK, and highlights third-party survey findings of 3,500 working adults within those same seven countries. The report also analyses data from more than 60 million simulated phishing attacks sent by Proofpoint customers to their employees over a one-year period, along with approximately 15 million emails reported via the user-activated PhishAlarm reporting button.

“Ensuring users understand how to spot and report attempted cyberattacks is undeniably business-critical, especially as users continue to work remotely, often in a less secured environment. While many organisations say they are delivering security awareness training to their employees, our data shows most are not doing enough.”

Proofpoint’s State of the Phish report emphasises the need for a people-centric approach to cybersecurity protections and awareness training that accounts for changing conditions, like those experienced by organisations throughout the pandemic. Survey findings reveal a lack of tailored training. For example, 92 per cent of UK infosecurity survey respondents said their workforce shifted to a work-from-home model last year, but only 36 per cent said they trained users on safe remote working.

“The findings related to remote working situations in the UK are eye-opening,” says Adenike Cosgrove, Cybersecurity Strategist, International, Proofpoint. “Nearly all the UK infosecurity professionals we surveyed said they supported a new, remote working model for at least half of their organisation’s workers last year. And yet just over a third of these respondents said workers were trained about security practices related to working from home. At the same time, more than half of UK workers say they allow their friends and family to access work-issued devices to do things like shop online and play games. These gaps represent a significant risk and reinforce the need for security awareness training initiatives that are tailored to the remote workforce.”

Proofpoint’s State of the Phish details actionable advice as well as a deep analysis of the phishing threat landscape to help reduce risk. Key UK findings include:

Organisations are encouraged to proactively develop people-centric cybersecurity strategies that account not only for shared experiences across regions, industries, and departments, but also the threats that are unique to their missions, goals, and people.

To download the State of the Phish 2021 report: https://www.proofpoint.com/us/resources/threat-reports/state-of-phish.