How can financial service sector protect against attack? 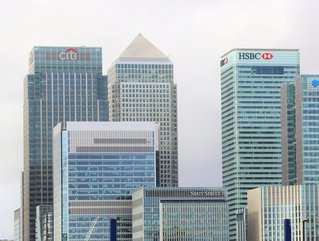 Safe Security's CEO Saket Modi says: "Nation-state cyberattacks are the next frontier of warfare" as the European Central Bank prepares itself

The European Central Bank is preparing banks for a possible Russian-sponsored cyber attack as tensions with Ukraine mount. According to a report in Reuters, the bank is on alert for the threat of cyber attacks and has been conducting cyber war games to test its ability to fend off an attack,

The bank's concerns have been mirrored around the world. The New York Department of Financial Services issued an alert to financial institutions in late January, warning of retaliatory cyber attacks should Russia invade Ukraine and trigger US sanctions.

Safe Security's CEO Saket Modi says: "Nation-state cyberattacks are the next frontier of warfare and we have seen some highly sophisticated nation-state attacks in the recent past. This has a direct impact on the economy and is often targeted at critical infrastructure including financial services, healthcare, and more. Businesses in the financial services sector store, manage, and analyse a lot of individuals, business, and government data and as a result, they have been one of the most targeted sectors by cybercriminals.

"Cyberattacks are continually on the rise in frequency, sophistication, and expense; it’s not a matter of if, but when, a cyber-attack will impact your company. Traditional methods of managing cyber risk, however, are siloed and reactive: a firewall tells you only about network security, antivirus products tell you only about endpoint security, and a SOC alerts you to a cyber incident only after it has occurred."

How can financial sector organisations protect themselves?

Modi says: "Organisations in the financial services industry need to adopt a proactive risk management strategy that provides an aggregated view of cyber risks across people, processes, technology, and third parties on a unified dashboard, and their potential financial value at risk in case a data breach occurs. This takes the guesswork out of cybersecurity and makes cyber risk communication simple and accurate.”

Data breach statistics in 2021 show that financial services organisations are at considerable risk of cyber threats. This risk was proven by VMware Carbon Black threat data, which found that attacks targeted at the financial sector increased by 238 per cent between February and April 2020. In particular, ransomware attacks on the financial industry increased ninefold and attempted wire fraud increased by 64 per cent during this period.

The research also found that 80 per cent of financial organisations reported an increase in the number of cyberattacks they faced. Even more concerningly, 82 per cent said the attacks they faced had increased in sophistication over the previous 12 months.