Singapore and the US sign three agreements on cybersecurity 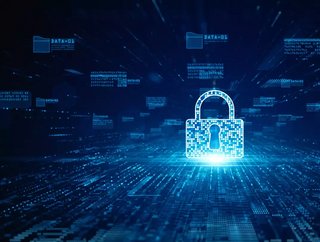 Singapore and the United States will work more closely to share information on cyber threats and coordinate their response to online security incidents to improve cybersecurity cooperation and deepen ties between the two nations.

The agreements were announced on Monday (Aug 23), during a press conference at the Istana with US Vice-President Kamala Harris. Ms Harris is in Singapore till Tuesday, and the two leaders met to reaffirm the state of bilateral relations as well as discuss several issues, including cybersecurity.

A new agreement for the countries to share digital information relating to the financial sector was among three memoranda of understanding (MOUs) that have been signed to deepen cyber security partnerships.

“I'm happy that we are embarking on new areas of partnership. We concluded three agreements between our cyber, defence, and finance agencies,” Mr Lee said.

What are the three MOUs?

The first MOU will enhance cybersecurity partnerships between the Cyber Security Agency of Singapore and its US counterpart, the Cybersecurity and Infrastructure Security Agency.  This is the second of such agreements signed by the two agencies, after the initial one was previously signed in 2016.

Under this new MOU, the two agencies will cooperate in areas such as exchanging cyber threat information, coordination of response to cybersecurity incidents, and sharing guidance on prevailing cybersecurity trends and best practices.

The second MOU is an agreement between the Monetary Authority of Singapore and the US Treasury Department to bolster efforts to maintain and strengthen bilateral institutional ties and further joint efforts on cybersecurity. This agreement will enhance cooperation in areas like information-sharing relating to the financial sector, staff training and study visits, and competency-building activities such as cross-border cybersecurity exercises.

An MOU between the US Department of Defense and Singapore’s Ministry of Defence is the third agreement, that aims to institutionalise cyber cooperation between both sides. This agreement will help to facilitate information-sharing and collaboration between the two countries as they enhance capacity-building efforts in the digital defence realm, among other things.