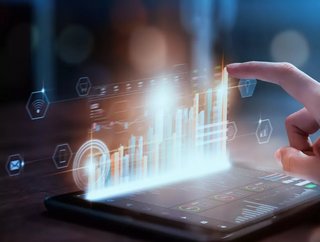 Stellar Cyber says it must address the urgent need to provide 360-degree visibility across the entire attack surface.

Stellar Cyber, the innovator of the Open XDR detection and response platform, has raised $38 million in an oversubscribed Series B funding round led by Highland Capital Partners, with full participation from all existing investors including Valley Capital Partners, SIG and Northern Light Venture Capital, and new strategic investor Samsung.

The global XDR market is expected to expand at a compound annual growth rate (CAGR) of 19.9 per cent from 2021 to 2028 to $2.06 billion. Stellar Capital believes XDR is the industry’s promise to revolutionise threat detection and incident response capabilities by unifying multiple security products into a centrally managed platform.

"XDR solves the key issues with today’s security operations teams. Too many tools today work in isolation, forcing humans to bring them together through manual analysis, resulting in too much security data that leads to alert fatigue. Without XDR to help solve this problem, overworked analysts and the global shortage of security analysts explain why so many attacks go unnoticed until it’s too late," says a company spokesman.

Changming Liu, CEO and co-founder of Stellar Cyber says: "Today’s complex attacks are virtually impossible to rapidly detect with the traditional approach of using siloed, stand-alone tools, and our customers are tired of spending a fortune on tool collections that fail to cut off attacks.

Stellar Cyber’s Open XDR platform reduces mean time to detect (MTTD) by 8x and cuts mean time to remediate (MTTR) by 20X. These metrics indicate that less mature security teams as well as advanced teams are more productive and confident in their daily work to secure their organizations.

Corey Mulloy, partner at Highland Capital Partners says: “Stellar Cyber offers the industry’s first Open XDR platform, and the only one that truly accepts security data from all tools and sources as well as its own sensors.

“A broad range of enterprises and MSSPs are deploying the Stellar Cyber platform at the centre of their security operations because it shortcuts the time and effort to find in-progress cyberattacks or rogue insiders at work while fundamentally solving the problem of too many non-productive alerts."

Open XDR vs. XDR
While standard extended detection and response (XDR) platforms enforce vendor lock-in and abandonment of existing security tools, Stellar Cyber’s Open XDR platform works with customers’ existing EDR, SIEM, UEBA, NDR and other solutions to preserve their investments and utilise their specific expertise in a certain portion of the attack surface or kill chain. The Stellar Cyber platform ingests data from these systems to establish a comprehensive view of users, networks, applications and valuable resources. The platform normalises and correlates the data, applying AI to analyse it for the real clues of an attack. It then automatically responds to those complex threats. Only Stellar Cyber’s Open XDR delivers these benefits.