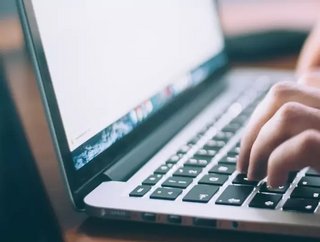 A record number of teenagers in the UK have seized the opportunity to develop cybersecurity skills this summer by joining virtual and in-person courses.

This year, pupils aged 14 to 17 had the choice of learning about cybersecurity virtually or in-person at courses held in Warwickshire, where they covered topics including digital forensics, ethical hacking and cryptography.

CyberFirst aims to encourage young people to pursue their interest in cybersecurity and improve the diversity in the industry, as just 16% of the UK’s cyber sector workforce are women and 17% are from ethnic minority backgrounds.

Of this year’s intake 43% were girls, while pupils from ethnic minority backgrounds secured nearly half (47%) of places.

Chris Ensor, NCSC Deputy Director for Cyber Growth, said: “It’s vital the next generation of cyber experts is diverse as well as skilled and through CyberFirst we are committed to making the industry a more accessible and inclusive place for all.”

Digital Infrastructure Minister Matt Warman said: “The need for cutting-edge cybersecurity has never been greater and this resilient sector is continuing to grow and solidify its status as a jewel in the U.K.’s tech crown.”

Every year, the summer courses are offered at three levels:

CyberFirst Defenders (for 14–15-years-olds), CyberFirst Futures (15–16), and CyberFirst Advanced (16–17). Pupils who took part this year praised the experience, describing it as “inspiring” and “informative”.

CyberFirst Advanced participant Binita, aged 17, said: “I have found the CyberFirst Advanced Course extremely informative and insightful. It has been amazing to work with team members that share the same passion and it has given me more of a reason to research cybersecurity as a career to pursue in the future.”

A total of 1,866 pupils secured places on the courses this year. The number of applications this year was also record-breaking, increasing from 3,909 in 2020 to 4,384.

CyberFirst aims to support young people interested in pursuing cybersecurity on their journey. In a recent survey, around a third of pupils on the CyberFirst bursary programme said they had previously attended a CyberFirst course.