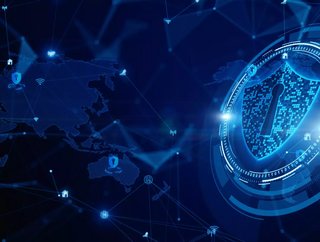 A report by Vectra AI finds 100% of companies have experienced a security incident, but continue to expand, as 64% report deploying new AWS services weekly

The past year has led to organisations rapidly embracing digital transformation and resulted in the evolution of a hybrid infrastructure that combines on-premises and cloud-native architectures.

Vectra AI, a leader in threat detection and response, today released the findings of the PaaS & IaaS Security Survey Report. The findings show a rapid expansion and reliance on AWS services while simultaneously showcasing security blind spots within many organisations.

As digital transformation efforts continue, AWS seems to be becoming an even more critical component to organisations. The survey found:

The cloud has changed security, while organisations are left with blind spots, the expansion of AWS services has naturally led to increased complexity and risk. In fact, all of the companies surveyed have experienced at least one security incident in their public cloud environment in the last 12 months. Gartner anticipated that over 99% of cloud breaches will have a root cause of customer misconfiguration. Some blind spots the Vectra report uncovered include:

Despite these blind spots, the survey showed that companies are taking security seriously. Over half of the companies surveyed reported double-digit security operations center (SOC) headcounts, showing significant investment in keeping their organisations secure.

“Securing the cloud with confidence is nearly impossible due to its ever-changing nature,” said Matt Pieklik, Senior Consulting Analyst at Vectra. “To address this, companies need to limit the number of attack vectors malicious actors are able to take. This means creating formal sign-off processes, creating DevSecOps workflows and limiting the number of people that have access to their entire infrastructure as much as possible. Ultimately, companies need to provide security holistically, across regions and automate as many activities as possible to enhance their effectiveness.”

Securely configuring the cloud with confidence will continue to test many organisations’ ability to defend against attacks. Defending against threats like ransomware, account takeovers, and supply chain attacks requires a new way of thinking. As organisations continue to adopt cloud for all of the speed, scale, and connectivity benefits that come with it, accounting for security risks must remain a priority.