Report: Differing views on the state of network security 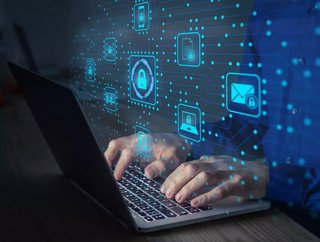 A new report has found that IT leaders are confident in their organisation’s network security, but IT managers have doubts

Network security remains an issue for some organisations despite the confidence of IT leaders. A possible explanation, according to network visibility provider Forward Networks, is disjointed communication and the lack of visibility into organisational networks.

Data from a commissioned survey conducted by IDG on behalf of Forward Networks in July 2021 shows that 70% of IT leaders strongly agree that their network architecture follows a zero-trust approach, compared to just 53% of IT managers who feel the same.

Different opinions on the state of network security

The disconnect between executives and front-line IT managers was also apparent in responses related to network security initiatives and overall security health. For example, while 59% of executives said their organisations were building or already employing zero-trust architectures, just 39% of IT managers said the same. In addition, more than half (58%) of executive respondents rated their overall network security as ahead of the curve compared to their competitors, while another third (37%) said it was on par with others. At the same time, only 48% of managers rated their security ahead of competitors, while nearly half (47%) rated it on par.

"The disconnect between the perceptions of security executives and practitioners highlights the lack of visibility into the network and security policy adherence," said Chiara Regale, Vice President, Product Management, Forward Networks. "Without a single source of network truth, practitioners and executives are forced to make inferences. Having the ability to prove compliance and easily visualise security policies in action can eliminate the disconnect and ensure that the bulk of engineering effort is directed toward proactively improving the network security posture instead of fighting fires or clarifying confusing data."

A mixture of confidence and challenges

Despite their high confidence levels, IT decision-makers reported widespread challenges when ensuring that their network is secure.

"In a perfect world, IT could spend all of its attention coming up with innovative ways to stay ahead of technology's evolution while also making sure that their organisation has the optimal IT and network infrastructure to support the business," added Regale. "But this is not the world we live in. IT leaders spend a lot of time putting out fires related to increasingly sophisticated cyberattacks, and the only way to minimise the risks associated with these breaches is to have full visibility across the entire IT infrastructure."