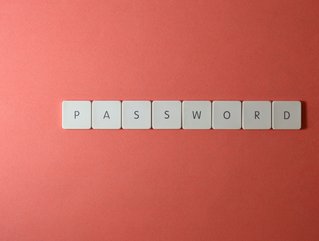 A new survey from Bitwarden shows a strong start for passwordless technology, with nearly half of enterprises using it in some capacity.

Technology company Bitwarden has announced the results of its 2023 Password Decisions Survey. The survey, which polled 800 IT decision makers across a wide range of industries, shows that passwordless technology is here to stay, with businesses enthusiastic about its perceived security benefits and improved user experience (UX).

“While strong and unique passwords are highly effective at safeguarding data, weak or re-used passwords that are not managed by an end-to-end encrypted password manager present serious vulnerabilities. The Bitwarden approach takes into account this evolution but also reflects that adoption timelines vary by company, technology, and end-user preference and that security remains the paramount goal for individuals and enterprises alike.”

Businesses are confronting numerous post-pandemic security challenges: increased employee turnover, a hybrid workforce relying on multiple devices in many different locations, and a seemingly unending threat from cyber-criminals. In light of these challenges, over three-fourths (79%) of IT decision makers want employees to use the same enterprise-wide password manager. 60% cite security as the most important attribute of a good password manager, followed by the integration of 2FA (56%) and ease-of-use (40%). With hybrid and remote work here to stay for many employees, the lines between security habits at work and at home have blurred. The majority (71%) of employees are ‘very likely’ to use a password manager with a complementary family account to give their family added security at home, if this was offered by their company.

Sixty-percent of respondents report their organization has experienced a cyberattack, up from 54% last year. In response, a large majority (80%) now have a ransomware mitigation strategy in place, an increase from 75% last year. Cyber insurance is also becoming commonplace, with three-fourths (75%) having the insurance. Of the percentage that do, 65% were required to show they offer cyber awareness training for employees, 64% that they deploy MFA, and 61% that they offer a company-wide password manager.

Almost all respondents (92%) use 2FA in the workplace, up from 88% last year. However, nearly that same percentage also reuse passwords (90%). While most (84%) use password managers, they also manage passwords with documents on their computer (54%) or with their memory (45%). Respondents also continue to rely on insecure methods to share passwords, such as shared online documents (38%) and email (41%). And despite their security-centric role, 32% admit to engaging in ‘shadow IT’ practices and around half (49%) of respondents say their organization has struggled with employee shadow IT practices.

The survey, conducted independently by Propeller Insights, surveyed 400 U.S. and 400 U.K. IT decision makers on their workplace password practices and perceptions about password security and overall cybersecurity.