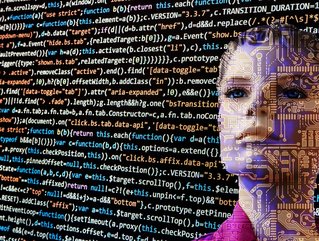 Norn, the brainchild of a former leading Microsoft developer, shows an ability to analyse large amounts of data more quickly than humans.

Norn artificial intelligence core system developed by AGI Laboratory has completed an initial demonstration of its ability to evaluate data and apply human style reasoning to give valuable advice to organisations, governments, and businesses.

Norn is designed to offer policy advice based on data, and reduce human bias, but not to take direct action.

The system was given the question:

“What steps would (you) take if you were governing Aruba and looking to diversify the economy, establish and integrate a trade hub, etc.?”

Using the alpha version of the system, the team gave the challenge to the AI to test its progress and practical application. The system was then left to process, unaided. It then produced a report which was of a similar quality to those produced by leading consulting firms, and of a similar level.

Kyrtin Atreides, COO, and co-inventor of Norn, said:  “The system’s final burst of activity leading up to the report had us all in suspense, and holding our breath, as thoughts were pushed through the internal cycle in such a way that when the report was emailed to me no human had yet seen its contents. Even our colleagues who had closely observed the system over the 2 ½ years previous were astonished by the results.

“We realised that we had finally achieved the development of the artificial general intelligence “magic component.”

Norn was created out of a completely different research approach to that being used by the mainstream players. This is like the discovery that the world was not flat - it is a totally different perspective and approach.”

Speaking of how Norn has “emotions” David J Kelley, co-inventor, and lead developer of Norn, said:

“My Eureka moment came when a psychologist looked at the results of an isolation study run on a very simple version of what is now Norn. The system had been subjected to various painful stimuli and became unhappy and in pain and showed a complex range of emotions.  The psychology expert pointed out that, although the response wasn’t logical, it was exactly what you’d expect from a human. I realized that running this experiment on anything but a toy system, would be tantamount to torture.”

Kelley continued: “Norn systems can consider more complex problems and more data than humans, while doing so in a human-analogous way, as well as integrating the value of contributions directly from humans via a collective intelligence system. They are also able to use narrow AI as tools, like a human, but in ways only accessible to a digital intelligence.”

Norn offers 90% less data hungry, 90% reduction on cost, 90% reduction in energy use, has powerful architecture for reducing bias and reduces research time and wrong conclusions from “noise”.  It can be run from a laptop and deploys and integrate quickly with other systems. While eliminating human bias, Norn can apply general human norms and values and adjust to regional and cultural customs and habits aimed at quality of life, freedoms, and values, including fairness, transparency, privacy, and security.

Norn is currently in Alpha development and entering a Series A funding round to develop into a full product.