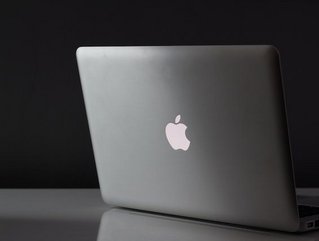 Apple just pushed out an emergency update for two zero-day bugs that are apparently actively being exploited.

Simply put, a cybercriminal could implant malware on your device even if all you did was to view an innocent-looking web page.

Remember that WebKit is the part of Apple’s browser engine that sits underneath absolutely all web rendering software on Apple’s mobile devices.

Macs can run versions of Chrome, Chromium, Edge, Firefox and other “non-Safari” browsers with alternative HTML and JavaScript engines (Chromium, for example, uses Blink and V8; Firefox is based on Gecko and SpiderMonkey).

But on iOS and iPadOS, Apple’s App Store rules insist that any software that offers any sort of web browsing functionality must be based on WebKit, including browsers such as Chrome, Firefox and Edge that don’t rely on Apple’s browsing code on any other plaforms where you might use them.

Additionally, any Mac and iDevice apps with popup windows such as Help or About screens use HTML as their “display language” – a programmatic convenience that is understandably popular with developers.

Apps that do this almost certainly use Apple’s WebView system functions, and WebView is based directly on top of WebKit, so it is therefore affected by any vulnerabilities in WebKit.

The CVE-2022-32893 vulnerability therefore potentially affects many more apps and system components than just Apple’s own Safari browser, so simply steering clear of Safari can’t be considered a workaround, even on Macs where non-WebKit browsers are allowed.

Then there’s a second zero-day

There’s also a kernel code execution hole dubbed CVE-2022-32894, by which an attacker who has already gained a basic foothold on your Apple device by exploiting the abovementioned WebKit bug…

…could jump from controlling just a single app on your device to taking over the operating system kernel itself, thus acquiring the sort of “admininstrative superpowers” normally reserved for Apple itself.

This almost certainly means that the attacker could:

Apple hasn’t said how these bugs were found (other than to credit “an anonymous researcher”), hasn’t said where in the world they’ve been exploited, and hasn’t said who’s using them or for what purpose.

Loosely speaking, however, a working WebKit RCE followed by a working kernel exploit, as seen here, typically provides all the functionality needed to mount a device jailbreak (therefore deliberately bypassing almost all Apple-imposed security restrictions), or to install background spyware and keep you under comprehensive surveillance.

The older supported versions of macOS (Big Sur and Catalina) haven’t yet received kernel-level patches, so the operating systems themselves haven’t been updated.

But there’s a standalone Safari update, taking you to Safari 15.6.1, that you need to get if you’re still running macOS 10 Big Sur or macOS 11 Catalina.

There’s also an update that takes watchOS to version 8.7.1, but that update doesn’t list any CVE numbers, and doesn’t have a security advisory of its own.

There’s no word yest on whether tvOS is immune, or is vulnerable but has not yet been patched.