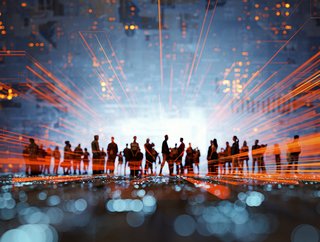 66% of European consumers do not know who has access to their personal data and how it’s used, according to a new study by VMware of over 6,000 consumers across Europe.

Although, 58% believe that technology can contribute to the digital progress of their country by creating new jobs and livelihoods, and 68% want investment in technological innovation to make the world ‘a better place’ - compared to the 6%, for example, who want it to commercialise things like space tourism.

The research revealed the steps government and industry need to take to ensure consumers are fully onboard with their role in sharing data to drive the possibilities of a digital-first world.

The majority (58%) of the public are increasingly concerned about the security of their online digital footprints, and almost three-quarters (72%) are worried about the role technology plays in the spread of misinformation and 48% now feel paranoid that organisations are tracking and recording what they do on devices. On top of this, just 10% of consumers feel businesses and governments are clear enough on the technologies they use and how they use them.

“We’ve reached a decisive moment in how technology innovation and digital experiences can positively shape our lives, economies, society and planet. But there is a lack of awareness about the type of data needed to drive this progress, and consumers are rightly feeling mistrustful. Most people’s only real understanding of data is when a security breach story hits the headlines – and not all the incredible things we can do in medicine, with autonomous vehicles, in mobile entertainment, shopping and society,” said Joe Baguley, VP & CTO EMEA, VMware.

“Right now, the perceived price of progress is too high – consumers are not yet fully on-board with sharing the data required to fuel change. For consumers to embrace this, they must know what happens to their data – the majority of which isn’t personally identifiable to them – and feel confident it is being handled securely and sensitively.”

The report suggests that mistrust of data has reached a point where it’s impeding support for technology’s potential to act as a force for good.

60% of consumers are scared or uncomfortable sharing their personal day-to-day data to help governments and companies design smarter and greener infrastructure. And less than a fifth (17%), are excited at the prospect of a digital shadow of the town/city they live in that could improve the efficiency of their physical surroundings.

“According to the European Commission, unlocking the value of data could be worth Euro 550 billion to the EU by 2025. But we in the industry and government must take an active role in helping consumers become more aware and confident about data, so we can collectively help boost digital economies. We can do this by building solutions rooted in individual choice and control over data; inspiring and educating to help foster a technology-literate population; and building confidence that the parties handling sensitive data are fit to do so. The past two years have seen a seismic shift towards a truly digital-first world, but now we need to reset and realign to usher in the next frontier of innovation,” concludes Joe Baguley.