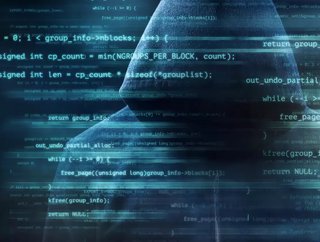 Over the past 12 months, 47% of all identity document (ID) fraud was classed as ‘medium’ sophisticated fraud, which is a 57% increase over the previous year. This is according to Onfido, a global identity verification and authentication provider, which published its 2022 Identity Fraud Report, revealing a new wave of organised fraud activity entering the marketplace.

It was found that less apparent errors, such as visibly incorrect fonts, imitated security features, or the wrong photo printing technique, suggest an increase in fraud rings.

Consumers have become more comfortable with digital transactions, but fraudsters have remained online with them. In 2020, there was a 41% increase in ID fraud, with the average ID fraud rate reaching 5.8%. Over the past 12 months, even though physical restrictions began to lift, the average fraud rate was recorded at 5.9%, showing that fraud still hasn’t dropped back to pre-pandemic levels. The jump in fraud that was a direct result of the pandemic appears to be here to stay.

“Large-scale operations often undertaken by criminal fraud rings have the resources to conduct sophisticated fraud such as deepfakes, 2D and 3D masks. They might also resort to techniques like coercion. Businesses will see fewer of these types of attacks, but they can cause the most damage in the shortest space of time,” said Michael Van Gestel, Head of Global Document Fraud at Onfido.

What else did the report find?

“Biometric verification provides more protection against fraud than document verification alone — and a video selfie check provides superior protection over a photo selfie check,” said Sarah Munro, Director of Biometrics. “The video user experience in itself acts as a natural deterrent against fraud because it’s a highly randomised active experience. Given that video spoofs accounted for a fraction of all our video checks, this makes it an excellent security measure for businesses focused on making fraud prevention a priority.”