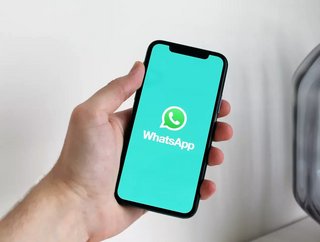 With end-to-end encrypted backups, no other messaging service at WhatsApp’s scale will provide this level of security for people’s messages.

WhatsApp is beginning to roll out end-to-end encrypted backups to iOS and Android users globally so that they can add this optional extra layer of protection to their iCloud and Google Drive accounts if they want to.

In rolling this out, WhatsApp has completed the final step in providing a full end-to-end encrypted messaging experience for its customers.

With end-to-end encrypted backups, no other messaging service at WhatsApp’s scale will provide this level of security for people’s messages - from sending and transit, to receiving and storing in the cloud.

The feature will provide people with more privacy and security for their digital conversations.

Facebook, (owner of WhatsApp) CEO Mark Zukerberg says: "While end-to-end encrypted messages you send and receive are stored on your device, many people also want a way to back up their chats in case they lose their phone. We are making available an extra, optional layer of security to protect backups stored on Google Drive or iCloud with end-to-end encryption. No other global messaging service at this scale provides this level of security for their users’ messages, media, voice messages, video calls, and chat backups.

"You can now secure your end-to-end encrypted backup with either a password of your choice or a 64-digit encryption key that only you know. Neither WhatsApp nor your backup service provider will be able to read your backups or access the key required to unlock it.

"With more than 2 billion users, we are excited to give people more choices to protect their privacy. We will be rolling this feature out slowly to those with the latest version of WhatsApp."

The company hasn’t said what “slow” rollout means, but it did say that it wants to do it carefully “to ensure a consistent and reliable user experience for people on iOS and Android around the world.”

The most common reason for creating backups is to ensure chats are safe if your devices are lost or stolen. Facebook does issue the obvious warning that E2E encrypted backups cannot be restored if you forget your password, as neither WhatsApp nor your cloud service will be able to decrypt the file.