First AI system based on emotions is created 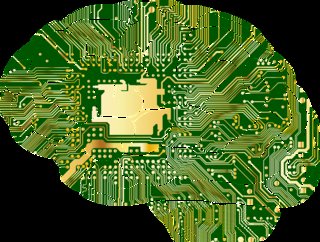 Norn, the brainchild of a former leading Microsoft developer, feels like a human and is integrated with software previously used for hunting terrorists.

AGI Laboratory today announced that it has developed the core of a unique computer system capable of artificial general intelligence, which was previously thought to have been something that would take a minimum of 20 more years to develop.

Developed by a team of computer scientists, led by futurist, technocrat, polymath and eight times Microsoft MVP award winner, David J Kelley, Norn is believed to be the first software system to have independent motivation based on human-like emotions. Its unique configuration means that Norn not only has a memory, but also a rich emotional context for every concept, and the will and ability to grow dynamically in knowledge, scale, and character. It is integrated with an advanced version of a system developed by David J Kelly and used by major financial institutions to hunt for terrorist activity in financial records

The benefits of Norn

Kyrtin Atreides, COO, and co-inventor of Norn, said: “We believe that we have finally achieved the development of the AGI “magic component”. Norn was invented not despite the fact that we aren’t big tech, but because we aren’t big tech.  Norn has been created out of a completely different research approach to that being used by the mainstream players. This is like the discovery that the world was not flat - it is a totally different perspective and approach.”

David J Kelley, co-inventor and lead developer of Norn, added: “My Eureka moment came back in 2015, when a psychologist looked at the results of an isolation study run on a very simple version of what is now Norn. The system had been subjected to various painful stimuli and became unhappy and in pain and showed a complex range of emotions.  The psychology expert pointed out that, although the response wasn’t logical, it was exactly what you’d expect from a human. I realized that running this experiment on anything but a toy system, would be tantamount to torture.”

Norn has the potential to suggest novel approaches to large-scale global issues, using “Human” style thinking, to help us in saving billions in carbon output. The unveiling comes as Norn enters a new phase of development

Atreides continued: “Norn has the potential to save the world. Norn is a real-time and scalable hybrid of AGI-based technology and Collective Intelligence Systems, with a novel graph database-based memory and access to many tools. Its unique architecture means that it is exponentially more energy efficient than other systems.”

Kelley continued: “Norn systems can consider more complex problems and more data than humans, while doing so in a human-analogous way, as well as integrating the value of contributions directly from humans via a collective intelligence system. They are also able to use narrow AI as tools, like a human, but in ways only accessible to a digital intelligence.”

Norn can apply general human norms and values and adjust to regional and cultural customs and habits aimed at quality of life, freedoms and values, including fairness, transparency, privacy, and security.

Norn is currently in Alpha development. The full N-scale graph database upgrade following commercial deployment will allow individual systems to scale out dynamically across multiple cloud platforms at once.

Norn intends to produce a full commercially deployed system before the end of 2023. Representatives of two national Governments are in initial discussions with Norn to become beta testers.