DHL: The most imitated brand in phishing attacks in Q4 2021 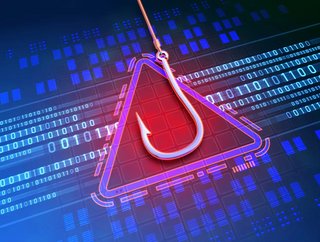 DHL overtook Microsoft as the brand most likely to be targeted by cybercriminals in phishing scams in Q4 2021, according to Check Point Research.

The report highlights the brands which were most frequently imitated by criminals in their attempts to steal individuals’ personal information or payment credentials during October, November, and December.

It was found that 23% of all brand phishing attempts were related to the global logistics and shipping company, up from just 9% in Q3, as threat actors sought to take advantage of vulnerable online consumers during the busiest retail period of the year.

Microsoft, which led the rankings in Q3 by accounting for 29% of all phishing attempts, only accounted for 20% of phishing scams in Q4.

“This quarter, for the first time, we’ve seen global logistics company DHL top the rankings as the most likely brand to be imitated, presumably to capitalise on the soaring number of new and potentially vulnerable online shoppers during the years busiest retail period. Older users in particular, who are less likely to be as technologically savvy as younger generations, will be shopping online for the first time and might not know what to look for when it comes to things like delivery confirmation emails or tracking updates.”

Below are the top brands ranked by their overall appearance in brand phishing attempts in Q4 2021:

The Q4 report also reinforces an emerging trend from Q3, with social media seeming to solidify its position among the top three sectors imitated in phishing attempts. While Facebook dropped out of the top ten brands most likely to be imitated, WhatsApp moved from 6th position to 3rd, now accounting for 11% of all phishing attempts. LinkedIn moved from 8th position to 5th, now accounting for 8% of all phishing-related attacks.

Dembinsky continued, “Q4 has also confirmed what many of us were expecting. That social media would continue to be heavily targeted by bad actors looking to take advantage of those leaning more heavily on channels like WhatsApp, Facebook, and LinkedIn as a result of remote working and other fallouts from the pandemic. Unfortunately, there’s only so much brands like DHL, Microsoft, and WhatsApp – which represent the top 3 most imitated brands in Q4 – can do to combat phishing attempts. It’s all too easy for the human element to overlook things like misspelled domains, typos, incorrect dates, or other suspicious details, and that’s what opens the door to further damage. We’d urge all users to be very mindful of these details when dealing with the likes of DHL in the coming months.”