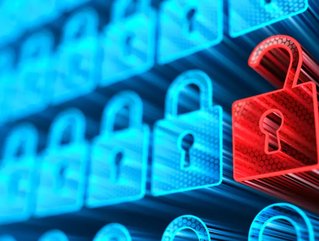 Check Point found that for 2021, overall attacks per week on corporate networks grew 50% compared to 2020

Businesses faced more cyberattacks than ever before in 2021, according to new data from Check Point Research, which revealed that corporate networks saw 50% more attacks per week when compared to the previous year.

In October of last year, the cybersecurity firm reported a 40% increase in cyberattacks globally with one out of every 61 organisations worldwide impacted by ransomware each week.

Now, in a new report, Check Point Research has highlighted the fact that from mid-2020 throughout 2021, there has been an upwards trend in the number of cyberattacks.  This trend reached an all-time high at the end of the year, peaking to 925 cyber attacks a week per organisation, globally.

Throughout the course of last year, the education/research sector experienced the highest volume of cyberattacks with an average of 1,605 attacks per organisations every week representing a 75% increase from 2020.

The government/military sector was the second most targeted industry with 1,136 attacks per week (47% increase) followed by the communications industry which had 1,079 attacks weekly per organisation (51% increase).

Omer Dembinsky, Data Research Manager, at Check Point Software: “We saw cyber attack numbers peak towards the end of the year, largely due to the Log4J vulnerability exploit attempts. New penetration techniques and evasion methods have made it much easier for hackers to execute malicious intentions.”

“What’s most alarming is that we’re seeing some pivotal societal industries surge into the most attacked list. Education, government and healthcare industries made it into the top 5 most attacked industries list, worldwide. I expect these numbers to increase going into 2022, as hackers will continue to innovate and find new methods to execute cyber attacks, especially ransomware.

“We’re in a cyber pandemic, if you will. I strongly urge the public, especially those in the education, government and healthcare sectors, to learn the basics on how to protect themselves. Simple measures such as patching, segmenting your networks and educating employees can go a long way in making the world safer,” added Dembinsky.