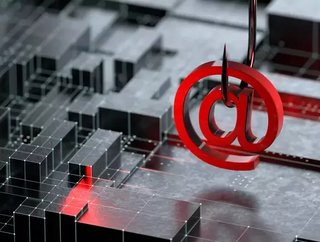 Google's Chrome 92 launches this week and has several new security abilities built in to protect users online from cyber attacks.

A new version of Google Chrome, released this week, blocks phishing attacks 50 times faster and uses less battery power in the process. It’s one of several new security abilities Google built into Chrome 92 as part of its effort to protect online users.

Chrome’s new technology spots phishing websites through a new approach to scrutinising the sites’ colour choices, Google said. The analysis now takes a tenth of a second on average instead of 1.8 seconds, increasing the likelihood that it’ll be finished before users have a chance to hand their password over to thieves.

Chrome 92 will also make it easier for users to determine whether they've granted websites permission to access their microphone, webcam, location and other personal data. Prior to Chrome 92, Chrome users would occasionally see a pop-up box asking whether they're OK with allowing a website to access their webcam and microphone. With the new update, users can now track the permissions they have granted to each website and toggle them on or off with ease via a drop-down menu.

Another update in Chrome 92 is the expansion of its Chrome Actions feature, which lets users execute commands via the address bar. For example, users can execute tasks by typing in 'delete history', 'clear cookies' and 'manage passwords' without going through the hassle of finding these options in Settings.

With the new update, Google is adding three new commands: 'manage security settings', 'manage sync,' and 'safety check'. The latter will perform an audit of a user's passwords to determine how secure they are and it will also launch a scan to search for malicious extensions.

Google is also expanding Site Isolation, a security-focused feature that aims to protect users from malicious websites. "The magic of Site Isolation lies in processing each site separately, so they can't access data they're not supposed to," says Google Product Manager Audrey An. "Instead of covering a select number of websites, Site Isolation will now cover a broader range of sites, including Chrome extensions. This tweak will improve Chrome’s speed and performance."